How to Vary Sentence Structure

When you have a lot of ideas to work with, it’s tempting to write them down as quickly as possible. When drafting, most writers rely on a single or a few distinct sentence structures. When these elements are present, the piece will sound strained and repetitive.

To keep your reader engaged, you must vary your syntax and written rhythms. This variation can be seen in word choice, tone, vocabulary, and, perhaps most importantly, sentence structure. Sentence structure refers to how a sentence looks and how the parts of that sentence are shown.

One of the most common issues in long prose is a lack of variety in sentence structure. Regardless of sophistication level, it can strike anyone due to the allure of (often admirable) language efficiency. 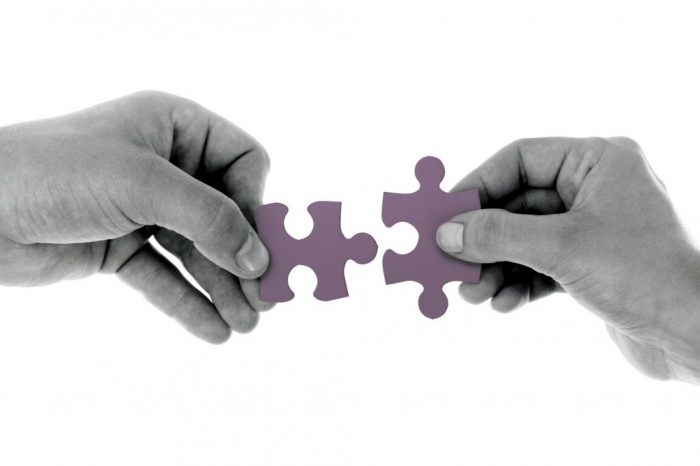 How to Vary Sentence Structure

Awareness is the first step toward growth, so don’t panic if you’ve recognized any trends in your writing. Search for repeating structure in each paragraph rather than spending too much time on your early drafts during the editing step. Make use of these ideas to change things up.

Using a variety of sentence lengths makes it easier to add interest to a piece of writing. Changing up the beginnings of your sentences will help keep your writing from becoming dull. When text uses a variety of sentence structures, it becomes more inviting and engaging. To emphasize a point, use short sentences.

Aim for a variety of sentence variations throughout each paragraph. Break up long sentences to give readers a break. Begin with a few sentences roughly the same length, and then mix in some longer or shorter ones here and there, but don’t be afraid to experiment with the lengths until you find one that works well for your writing style.

Do you want to make a specific point? Make it stand out by using a longer sentence than the others. It is also possible to combine several shorter sentences into a single long sentence.

Use of Personal Pronouns

Pay attention to your pronouns to ensure that your sentence structure has been diversified. Using pronouns in all forms of writing is a great idea. There are many different types of pronouns. Look at the following examples:

Imagine that you’re writing an essay about a group of students that conducted a velocity experiment. The phrase “the group” should not be used repeatedly to refer to the students because it would be tedious and monotonous.

The word ”the group” should be used interchangeably with the pronouns ”they” and ”them.” Alternatively, you might use students or ”experimenters” as synonyms. To get the most out of your investigation, you need to balance the use of each phrase and make it clear that you are referring to the participants.

When using pronouns, it’s essential to be specific about who or what you’re addressing. As a result, comprehension and understanding could be jeopardized if you use the pronouns “he” or “they” frequently to keep your writing clear. You can utilize pronouns and nouns in various ways.

A complex sentence is an effective way to demonstrate that one idea is more important than the others. The main idea of the sentence is given more weight than the idea in the supporting phrase.

Work on Your Sentence Rhythm

It’s simple to read writing that flows from beginning to end. There is no need for anyone to reread or go back and forth in their minds to connect ideas. The authors have organized the text in such a way that it is simple to understand and follow. Flow suggests that the writer is at ease with their craft and has a thorough understanding of the subject matter on which they are writing. ‍

Improve a sentence’s rhythm to make it more fluid. Looking at the beginning of a sentence is one method. The subject of successive sentences should not be a noun, surname, or pronoun. Contrast is the name of the game in this case. A preposition (in, to, at, etc.) or a gerund (most words ending in “ing”), or a dependent clause are alternatives to the subordinating conjunction.

If you use too many short sentences, your writing will appear clunky due to the repetition. However, if your sentences are overly long, the meaning of your words will be obscured by multiple clauses and punctuation marks.

Instead, use a mix of short, medium, and long sentences in your writing. Short sentences, when used effectively, can capture the reader’s attention. Longer sentences can also be used to build a significant conclusion by expanding on a critical point, providing details, and providing context.

Readers may become bored with prose if too many sentences begin with the same word or phrase, such as The, It, This, or I. Consider how the use of different sentence beginnings can change the structure and emphasis of a sentence. These changes may also be required for sentences that follow or precede this, resulting in a significant amount of sentence variation.

Punctuation can influence how sentences are formed. Exclamatory sentences, for example, use exclamation points, whereas declarative sentences use periods. Correctly using punctuation in your sentences can help your readers understand what you’re saying.

If you end an interrogative (questioning) sentence with a period rather than a question mark, the meaning of your sentence may be altered or obscured.

While using the four-sentence forms, your writing should be clear and purposeful. Use logical phrase structure and clear language to convey your message to keep your reader engaged. Using a declarative phrase like “She went to the store today” is an example of simple sentence construction.

Consider using one of four sentence types to avoid choppy and monotonous writing. It is possible to write simple, compound, complex, and compound-complex sentences. Using only one version may make it difficult for readers to engage with your content thoroughly.

In a simple statement, each clause stands alone. A complete notion is expressed in an independent clause with a subject and a verb.

A compound sentence is one sentence that contains at least two independent clauses that are connected by a comma, semicolon, or conjunction. A complete thought is formed by an independent sentence with both a subject and a verb.

When a sentence comprising one independent clause and at least one dependent clause are called a complex sentence. It’s best used when you need to provide more information to explain or change the central argument of your phrase. For example, “I learned English perfectly because I studied very hard.”

A compound-complex sentence combines complex and compound sentences. There must be at least two independent clauses and one subordinating clause. When putting them together, make sure you use your coordinating and subordinating conjunctions in the correct places. For example, “I will get to watch television, but first, I have to clean up the dishes after we finish eating.” 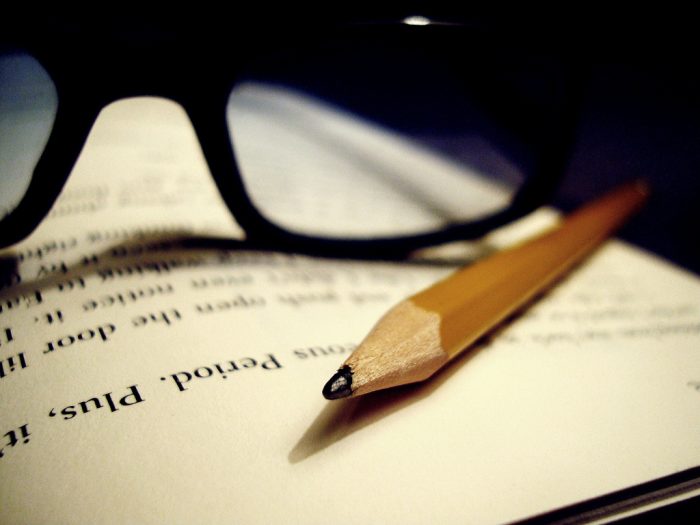 These four common grammatical errors and expert guidance on fixing them can help you improve your sentences.

A fragment is a group of words that lack the necessary elements to make a sentence complete. To be considered a penalty, a sentence must contain a dependent clause. To be clear, sentence fragments are frequently used in journalism and creative writing for artistic purposes, but they rarely belong in academic or other formal contexts.

Many people tell you that ending a phrase with an exclamation point is terrible, although this isn’t always true. If you’re writing something like a school paper, it’s a no-no, but most of the time, it’s outstanding.

If you end a phrase with an objectless preposition, you risk looking disorganized. For starters, prepositions must always have an object. “Above what?” your readers may question if you said, “The bird flew above.” Additionally, it’s worth noting that phrasal verbs frequently use prepositions.

Inappropriate usage of the Present Tense

It’s a verb with a -ing ending whose present participle serves as the verb form (e.g., running, researching, being). It can be misused when a simple version of the present or past tense would suffice. While a -ing verb can be used as a modifier to refer to something else in the phrase, it cannot be used as the sole predicate.

Use of Several Types of Sentences in A Given Situation

When you get a new assignment that needs to be completed quickly, you might use an exclamatory statement to express your astonishment. For example, “Wow, this deadline is coming up so quickly!” When you put that tiny stripe above a period after a sentence, it may shake things up!

The most prevalent sort of sentence is a declarative one. When you want to make a statement, you use them. A period marks the conclusion of each of these sentences. In many pieces of writing, there are many declarative sentences in a row because they are the ideal sentence pattern for conveying a tale in an easily digestible manner.

What kind of sentence is imperative? The primary purpose of these statements is to command someone to do something or instruct them on what to do. A period or an exclamation mark can mark the end of an imperative phrase.

This type of sentence has a unique word sequence and structure. Because an imperative sentence, by definition, communicates directly to the intended receiver or reader, it generally lacks a subject. This type of sentence usually consists of a verb followed by additional information. 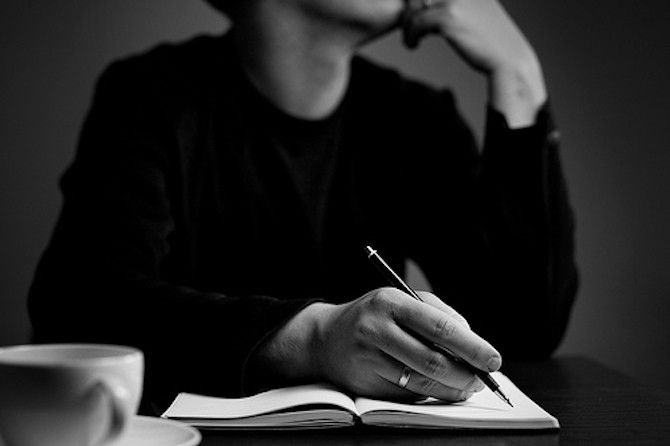 What Is Sentence Structure?

In today’s environment, the printed word is a vital source of communication. All writing must adhere to the laws of sentence construction to be effective.  The structure of a sentence refers to how its constituent parts are organized. If a writer wants to generate rhythmic prose, they should play around with their sentence form.

Sentence construction is vital for a variety of reasons, including the following. To begin, make your writing as simple as possible for the reader to follow. If no one can know what you’re saying, there’s no purpose in writing at all. People can read and understand what you’ve written more readily if you know how sentences should be constructed.

Why is Sentence Varying Important?

Adding a variety of sentences to a piece of writing can add life and rhythm. Using the same phrase form and length repeatedly might become tedious for readers. Adding emphasis and reducing repetition can be achieved by varying the style and structure of sentences.

What Is a Sentence Fragment?

Sentence fragments consist of a group of words that have the appearance of a whole sentence, but they are not. Fragments of sentences generally lack a subject or verb, and fail to convey the entire meaning of the sentence.

While punctuation might make a fragmented sentence appear like a complete one, it is not a substitute for a complete sentence.

It’s easy to overlook the importance of sentence structure as a writer or reader, but it can significantly impact comprehension and the overall tone of the piece. As a result, we have described how to vary sentence structure above so that you can benefit from this article and improve your writing work.

Even if it appears counterintuitive, focusing on sentence structure can help you develop better paragraph flow, which will help your writing become more natural, to the point where readers will keep turning the pages.

Step outside of your comfort zone and think creatively!

Dimitar is a digital marketer, SEO specialist, niche websites builder, and founder of CLICKVISION. He entered the digital marketing world when he was only 15 years old. Since then, he has been working mostly with small business owners and eCommerce businesses and successfully improved their online presence and increased their sales.
In Socials:

Do you want to get a free marketing plan created only for you and your company?
Click below!

Don't miss any of the marketing tricks we publish!